Three personal records, a Nordic record and a historic seventh place – proof that Svan is a name to be reckoned with in competitive wood chopping. 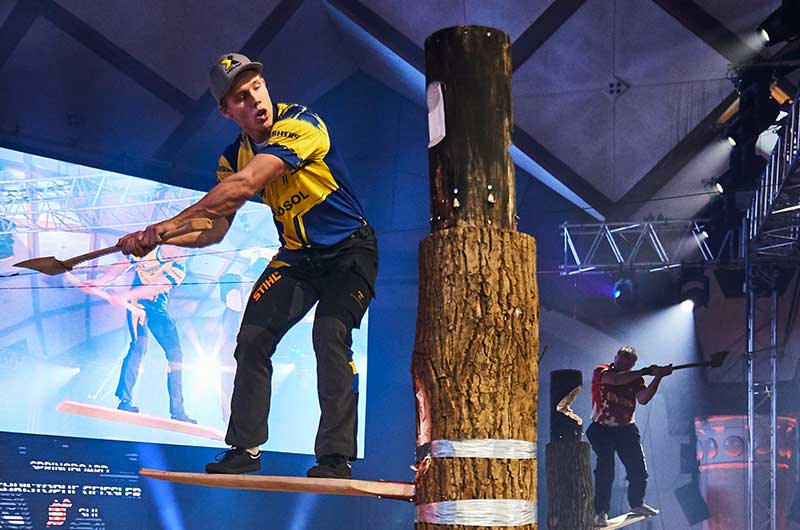 No Swede has ever been ranked higher in a Timbersports World Championship than Ferry Svan in his first world championship. He was the third best European competitor, with the top four spots going to Australia, the USA, New Zealand and Canada. However, he wasn’t entirely satisfied as he was hoping to do better. We got to speak to Ferry a few weeks after the competition.

How much do you train for a major competition like the world championship?

I train full time all year round, and I have a clear plan for how to train and what to focus on in order to achieve my goals. Although the last week before a major competition is very quiet ... I don’t really train at all, except maybe technique, to get a good feel for things in my body. You can’t become a better athlete in the final week just by training. In fact, it can almost do more harm than good. You have to believe in yourself and the fact that you already know what you’re doing.

How do you prepare right before a competition?

I always have a skiing machine with me that I use to warm up before competing, just like in my training. The movement is actually very similar to the underhand chop event. 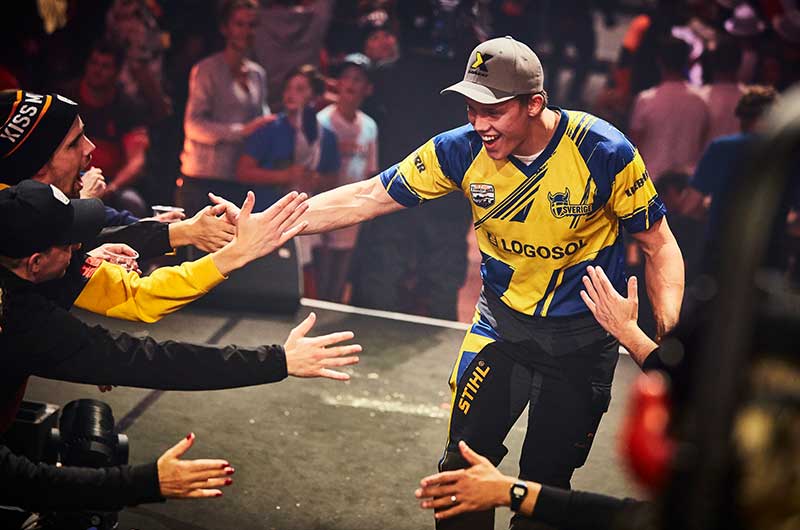 How do you unwind?

To unwind after a competition, I usually have a slightly quieter day at home, unpacking and sorting out my equipment. So that it’s ready to pack when the next competition comes around!

What do you eat during competitions?

I bring lunchboxes with normal food to competitions. I can’t go without eating for too many hours or else I start to lose focus.

I’m off to Australia to train with the 2018 world champion Laurence O’Toole throughout January!

Okay, does that mean that you’re geared up for the next world championship to be held in Gothenburg in 2020?

Following the world championship, I’m extremely motivated to perform better than ever this coming season! In fact, I have some ideas and thoughts to achieve much better saw times next season. Thanks to Axelent, I can maximise the development of my equipment.

Fill in the form to be contacted by a sales representative

Do you want to get in touch with a specific person? Visit contact us