The success of Axelent’s global campaign has probably not gone unnoticed by anyone. With Axel as the mascot for the company, Inhouse* and the content agency Glory Days have succeeded in bolstering the brand and spreading the message about Axelent and the company’s products across the globe, and this has now been recognised at the Swedish Content Awards. The gala event took place at the Eric Ericsson Hall in Stockholm and Axelent scooped a gold and a silver award. 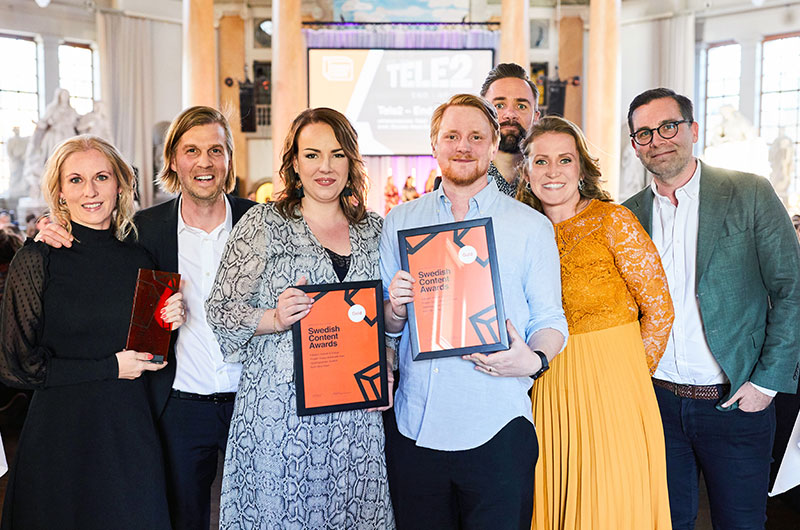 Swedish Content Awards is a competition organised by the advertising trade association, Swedish Content Agencies. This was the 19th consecutive year that the award ceremony took place and more than 160 entries had been received. The judging panel then selected 90 entries to compete for 28 awards.

This year was the first time that Axelent was nominated, together with Glory Days, for two categories for its successful Global Campaign. Axelent won gold in the “Industry & Energy” category and silver in the “This Year’s Social Media” category. “We were up against some stiff competition with several big names in our category, so we really didn’t expect to win,” says Jessica Bublies, Inhouse.

The Swedish Content Awards were the second occasion this year that Axelent had received recognition for its achievements. Inhouse was also presented with an award in early April at the local business gala.

*Inhouse is the name of an internal advertising agency.

Photo: Colleagues from Axelent's Inhouse and the content agency Glory Days were happy to receive a gold and a silver at the Swedish Content Awards. 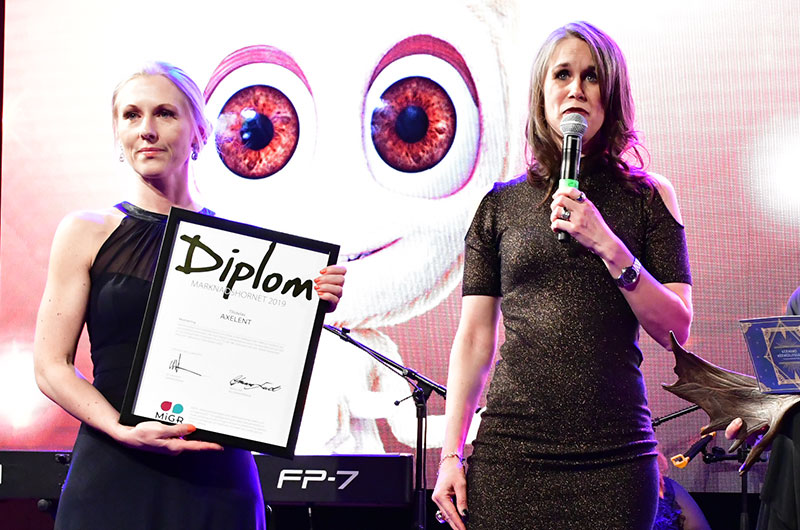 The annual Värnamo Business Gala was held on Friday 5 April, organised by the local business association. The event attracted a variety of organisations and associations, including Axelent, which won one of the prestigious awards that were presented during the evening.

Every year, Värnamo’s local business community is invited to a gala dinner and awards ceremony. This year’s attendees enjoyed an evening of mixing and mingling, a three-course dinner and entertainment.

One of the awards presented during the evening was the “Marketing Horn” award, which recognises outstanding marketing achievements. The award is presented by MiGR (the marketing association in the Gnosjö region) to celebrate and reward successful marketing initiatives.

The award has been presented since 2013 to the company, organisation, association or individual in the Gnosjö region that has been most successful at marketing itself. It recognises creativity and entrepreneurship that stands out, and marketing initiatives that have made a strong impression and have been a source of inspiration and role model for other businesses in the Gnosjö region. In its citation, the judging panel had this to say about Axelent, this year’s award winner:

With a global brand campaign that stands out, the company has realised its goal of significantly enhancing its brand awareness. By implementing a comprehensive, three-step campaign, it has succeeded in reaching an audience of no less than 4 million people and achieving a CTO rate of 19%. It has also created the character “Axel” who appears in videos with the message “Welcome to a safe world”.

Fill in the form to be contacted by a sales representative

Do you want to get in touch with a specific person? Visit contact us